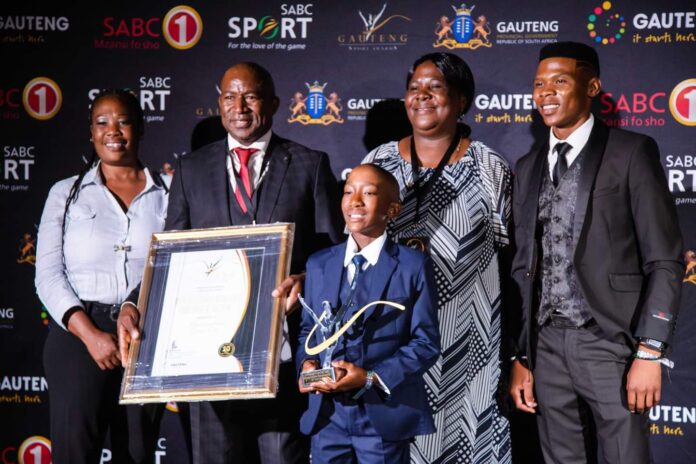 The Hammanskraal Tennis Club came out victorious at the Gauteng Sports Awards on 13 November 2021 in the categories of Sports Fan of the Year, which was won by Mr Simon Tlhatlha and the Club won the Community Sports and Recreation Programme of the Year, and both came home.

Mr Tlhatlha said the award is an indication that what he and the club are doing are steps in the right direction.

“I’m hopeful that the awards will create awareness, interest in what the club is doing and the sports in general in Tshwane and more at the previously disadvantaged areas”.

“The hope is that businesses in the community will show interest in the club to build the infrastructure and develop programs that are sustainable,” Mr Tlhatlha said.

As the Chairperson of the Hammanskraal Tennis Club, mentor, and fan, he said there is not enough exposure to tennis in Hammanskraal.

“The exposure is limited to what the club is doing such as the club outreach programs at nearby schools.

“The Gauteng North Tennis Association (Provincial Federation) is not doing much to expose the sport, we hope that winning the awards will help the tennis club and its goal to see one or more of their players representing the country on a tennis world stage and change the lives of children for the better,” he said.